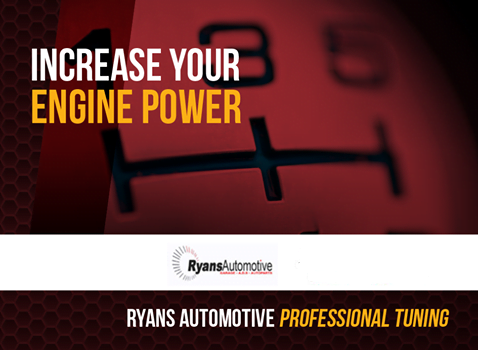 What is ECU remapping and how does it work?

The key to understanding how remapping works, is to appreciate, that your car’s manufacturer has confined your car to run at less than its optimum efficiency and power.

All vehicles manufactured since 1999 are controlled by an on-board computer, which is known as the Engine Control Unit (ECU). The ECU controls many different engine functions such as ignition timing, air flow, fuelling, boost pressure etc.

Within this computer a file stores the manufacturers settings that have been fixed to allow for build tolerances into their engines.

Unfortunately for you, all manufacturers choose to limit the power and efficiency to the lowest common denominator of the markets they sell in and to comply with emission targets, cope with sub-standard fuels found in some countries, operate in areas with extreme environments and allow for some owners irregular service standards and intervals, so your car has literally been built to underperform both for power and for fuel efficiency.

How is it Possible there is more performance and economy available?

When vehicles are manufactured for different markets there is always going to be a comprise with the original map to try to suit all climates, fuel quality’s, emissions etc.

The manufactures also may have the same engine producing different power and the only difference may be the original MAP.

This means that there is always room to safely fine tune the ECU to get better performance and economy.

Why has remapping becoming so popular in the last few years?

In the last few years car manufacturers have reduced the engine cc for example most modern VW diesel are now 1.6 where they used to be 1.9 Even though on paper the BHP figures may be similar but the torque will be lower.

What is ECU remapping process?

Using state of the art equipment, we have a simple 3-stage ECU Remapping procedure which allows us to perfectly remap and tune your vehicle. Once the remapping has been completed, you will immediately notice the difference when driving the vehicle. Whether you`re wanting a remap to save money by lowering fuel costs or if you just want to have more fun by making your vehicle more responsive & powerful… Ryans Automotive can tailor a remap to suit your needs.

A Ryan’s Automotive technician will test drive the vehicle and perform a diagnostic check first to ensure there are no problems with the vehicle before we start, Then we read the ECU files from your vehicle and save a backup of the originals before making any modifications.

The ECU file is then modified in house at Ryans Automotive by our Specialist Engine Tuning Experts and a custom map is prepared for your vehicle.

The custom remapped ECU file is then loaded  back onto your vehicle’s ECU. We then test drive again and perform a diagnostic check again . ECU Remapping is complete and you can now enjoy your new driving experience.

Get the latest updates on new products & upcoming sales

This website uses cookies to improve your experience while you navigate through the website. Out of these, the cookies that are categorized as necessary are stored on your browser as they are essential for the working of basic functionalities of the website. We also use third-party cookies that help us analyze and understand how you use this website. These cookies will be stored in your browser only with your consent. You also have the option to opt-out of these cookies. But opting out of some of these cookies may affect your browsing experience.
Necessary Always Enabled

Any cookies that may not be particularly necessary for the website to function and is used specifically to collect user personal data via analytics, ads, other embedded contents are termed as non-necessary cookies. It is mandatory to procure user consent prior to running these cookies on your website.